Get the most out of your iOS app with these essential tips for optimizing performance. Learn how to reduce memory usage, improve battery life, and more.

As you know, iOS stands for iPhone Operating System that powers all of Apple's mobile devices. It is an application for the iPhone, iPad, or iPod, which uses Apple's iOS operating system.

Why Monitor an App Performance?

App performances have a great impact on overall user experience as customers globally expect apps to perform extremely well. If an app takes quite a long time to launch, or shows slow responses to input, the user may feel it as sluggish or not working. An app that makes a lot of large network requests may increase the user’s data charges that drain the device battery and can frustrate users leading them to uninstall the app.

Memory is a limited resource, shared by apps, the operating system, processes, and the kernel. Too much memory usage by a single App can compromise the user experience across the whole device, as the resource is limited. For this very reason, the OS sends a warning to apps using too much memory, and will even terminate them if it demands.

In a cold start, App launch speed depends on the overall quality of your app and sets the user’s first impression. Based on an analysis of the top 100 apps, 39 apps start in under or around 2 seconds, and 73 in under 3 seconds. Ideally, you should be targeting an app launch time of 1.5 to 2 seconds.

The OS optimizes warm launches and resumes, focusing on cold launches which are the longest of the three. A cold launch is also the first time experience of users with your app. Few steps on how the cold launch breaks down is as follows:

Some of the key app performances which are worth monitoring around networking:

The speed of network requests decides how quickly the data can be retrieved to populate your view’s content during a load or update. The number of requests and amount of data requested can attract costs on your users who lack an unlimited data plan.

Users can experience UI hangs when a failure occurs to respond to a user’s input. You need to have a clue of UI hangs in order to fix them before the negative reports and comments come flooding in. Detailed descriptions on UI hang occurrences per screen are available to help you easily identify where your app’s UI is unresponsive.

Logical Execution Time (LET) is a timed programming abstraction, which features predictable and composable timing. Inorder to have a better understanding of your end-user experience, you need to be able to assess your client-side logic and see how long specific traces in your app take to execute.

App stability is easily measured in crashes per user or session. The standards for crash-free rates to target are:

A crash reporting tool can monitor and help improve your app’s stability.  You can quickly adapt to many issues by catching upticks in crashes before they affect a majority of users.

Mobile devices need to last for extended time periods without charging, unlike desktops which have a constant power supply, or laptops which can be charged while in use. In mobile devices, batteries lose capacity over time. Too much power consumption of an app can disrupt the user’s charging habits, forcing them to charge their phone at inopportune times. This experience can lead users to uninstall your app.

How to Improve the Performance of your iOS App

The performance of your iOS app can be improved by:

Reduce the Number of views and Transparent Views

The performance in your application can be improved by reducing the number of views and avoiding transparency. To easily spot this overlapping of transparencies, we can rely on one very handy tool: Debug -> View Debugging -> Rendering -> Color Blended Layers.

Minimize the Load of Work done in Functions

Don’t forget to have the “dumbest” views/cells as possible, with configuration methods that are always very light.

This operation is done on the main thread, under the hood, by image. But this can lead to a consistent slowdown in our applications, when the images are pretty big. To lighten this problem, you have to move the decoding work to the background queue. Thus the operations won’t be as efficient as the normal decoding adopted by the UIImageView, but the mainThread will be free. 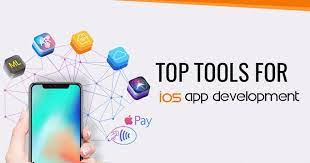 There is a wide selection of mobile application testing tools on offer today. Each tool has its own strengths and weaknesses, so it's important to choose the right one for your needs. Here are some of them.

How to Choose the Right Tool for Automated Testing

All the tools mentioned above provide excellent performance and a wide range of features for iOS application testing. Consider the following while picking up the best automation tool for your needs:

I hope that those tips are helpful for your projects and daily development life. Performance as well as testing are vital parts of an app development process. With the help of those above mentioned tools, you can test your apps and improve them.

Xcode is the top choice for developers when creating apps for iOS devices such as Mac, iOS, and Apple watch.

Swift is a powerful and intuitive programming language for iOS, iPadOS, macOS, tvOS, and watchOS. Writing Swift code is interactive and fun, the syntax is concise yet expressive.