The Journey into Microservices at SoundCloud

SoundCloud is a company that allows millions of people to enjoy online music for free. This said, programmers at SoundCloud do not have an easy job.

Microservices at SoundCloud – How it all started

Just as most companies do, SoundCloud started with a monolithic architectural system, just like most businesses do. Like other successful businesses, SoundCloud’s business also grew. Their service has also become more popular.

In 2014, SoundCould hosted only about 12 hours of music. However, demand soon surged to huge levels, with hundreds of millions of people using the platform on a daily basis. This led to problems such as communication overhead, unnecessary friction, and delays.

For scalable and well-performing microservices, get in touch with SayOne today!

Want to know more about what moving to microservices entails? Download our eBook ‘Porting from Monoliths to Microservices – Is the shift worth it’ to read all about it!

How the Team Set up Microservices at SoundCloud

The engineering division decided to dismantle the Ruby on Rails monolithic system (which they called Mothership) into a set of numerous smaller services that would help them to manage the service in an easier fashion.

To split the monolithic system into microservices, they did not use a team to set up a working microservices solution. Instead, going by the book called Bounded Context, they decoupled the services from the Mothership with help from highly skilled programmer teams.

Initially, there were only a few microservices, but today there are many microservices that make up the SoundCloud service. And these are split across different continents.

Unloading the main server from huge streams of data helped to split up the load distribution into smarter paths, and this was a decisive factor in choosing to go the microservices way at SoundCloud.

We build microservices for you with care and responsibility! Get in touch with us today! 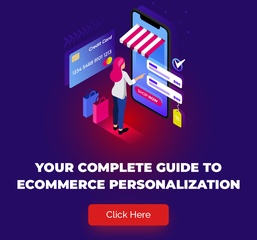