Cross-platform technology is the straightforward answer from a technology perspective. But, the difference lies in choosing the best. So, which one do I recommend for enterprises and businesses

What’s the cheat sheet to do more with less in application development?

At present, my favorite is Google Flutter. 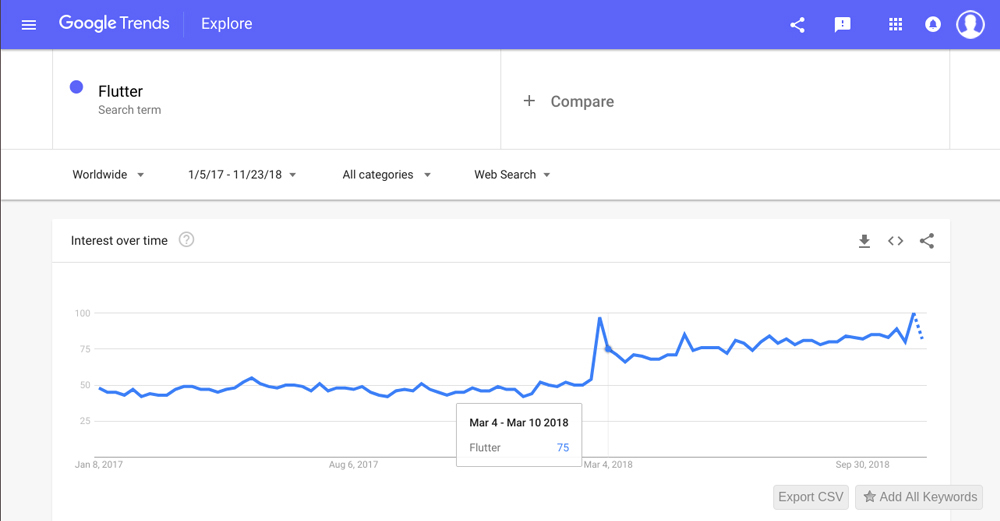 Flutter popularity over the past 5 years

Although it is relatively new, Flutter offers a wide range of benefits for businesses. In this blog, let’s discuss the top 5 benefits of Flutter, apps built using Flutter and the latest Flutter news.

Read also: Flutter vs React Native - The framework you should choose in 2020

Benefits of Flutter for Businesses

Flutter is a ‘Google’ technology and its free. And all of us have seen how the tech giant consistently supports technologies and platforms under them with time to time issue fixes and updates.

Since its introduction, Google has made sure to offer their relentless support to the upcoming Flutter developers. It’s a notable fact that the community has been growing ever since. The 25K stars in GitHub is a solid proof of its rising popularity. Google also organizes meetup events, helping businesses and developers to catch up and discuss with other Flutter bugs.

So, if your business apps use Flutter, then do not worry about developer support and upgrades. Google will take care of it!

Write it once, run it everywhere - 95% of the Flutter code can be reused.

As Flutter has its own widget library, code reuse becomes more convenient and efficient. And what happens when you want some updates or bug fixes in the existing Flutter code? Well, the hot reload option in Flutter takes only milliseconds to reflect the changes.

A Flutter developer can get your business apps into the market within half the time, resource, and money consumed by Android and iOS developers.

Flutter lets you create beautiful applications with a core focus on end-user experience.

What happens when Flutter apps run on older versions of Android and iOS? It appears the same, with no additional effort and cost investments. Yes, Flutter supports Android versions from Jelly Bean and iOS versions from 8 onwards.

Dart, the programming language in Flutter, offers an endless list of benefits. It can function as both Ahead of Time (AOT) and Just In Time (JIT) compilers for faster performance. The widgets in Flutter accomplish the perfect job of bridging all UI differences like scrolling, navigation, icon, and fonts.

Do you have an existing mobile application running on a native code? But, you want to try out Flutter now. So, what next?

First of all, you need not have to get your team to rewrite the entire code. Luckily, Flutter provides an easy integration facility with existing business apps. As easy it sounds, Flutter offers a simple onboarding process with its submodules and libraries.

As said above, Flutter is a relatively new entrant in the app development arena. But, all thanks to its versatile features, the industry pioneers have already adapted Flutter for their business apps.

Here is a look at some of the prominent apps built using Flutter: 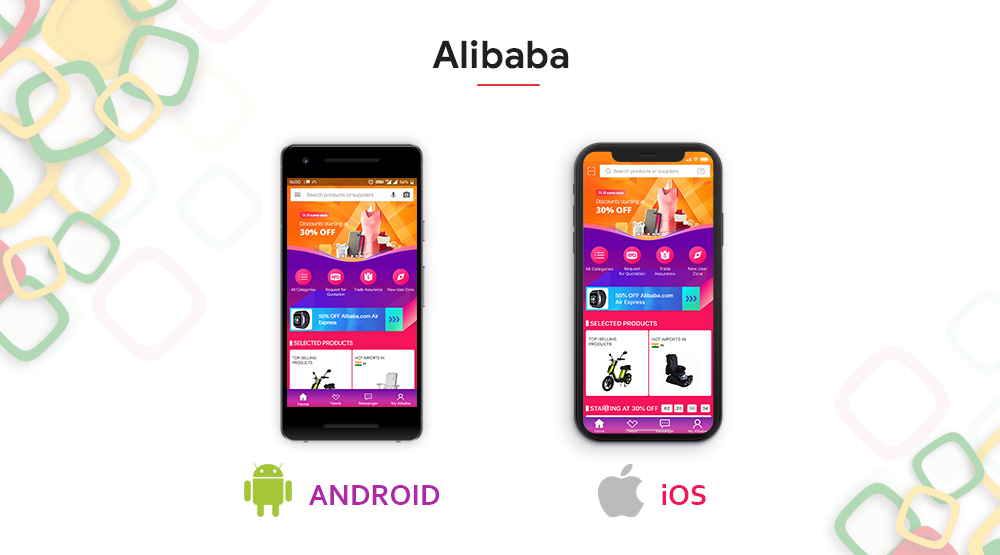 Alibaba, the world’s largest online retail company, has praised Flutter for its consistency, ease of code generation, and fluidity. The easy learning curve and designer readiness have prompted the online retail magnet to favor Flutter for their recent business initiative.

Alibaba created a Flutter app experience for iOS and Android on their Xianyu app. Xianyu is seen to be one of Alibaba’s flagship applications. The app already has over 50M downloads. 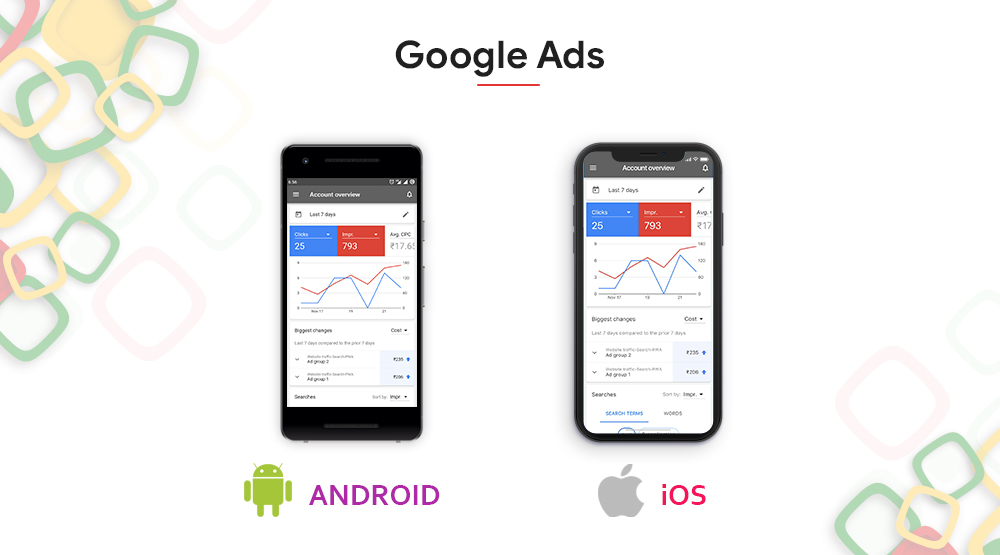 Today’s business owners are quite familiar with the most advantagous and popular online advertising platform, Google Ads. But, how many of us knew that Google Ads mobile apps working on Flutter?

Google has been using Flutter to ease many of their in-house processes. An extension of this is seen through platforms such as Google Ads. Sridhar Ramaswamy, ex-SVP for Ads and Commerce at Google, has previously shared how Flutter’s unified codebase helped teams to be more productive. He said that the stateful hot reload option in Flutter was the major productivity booster. 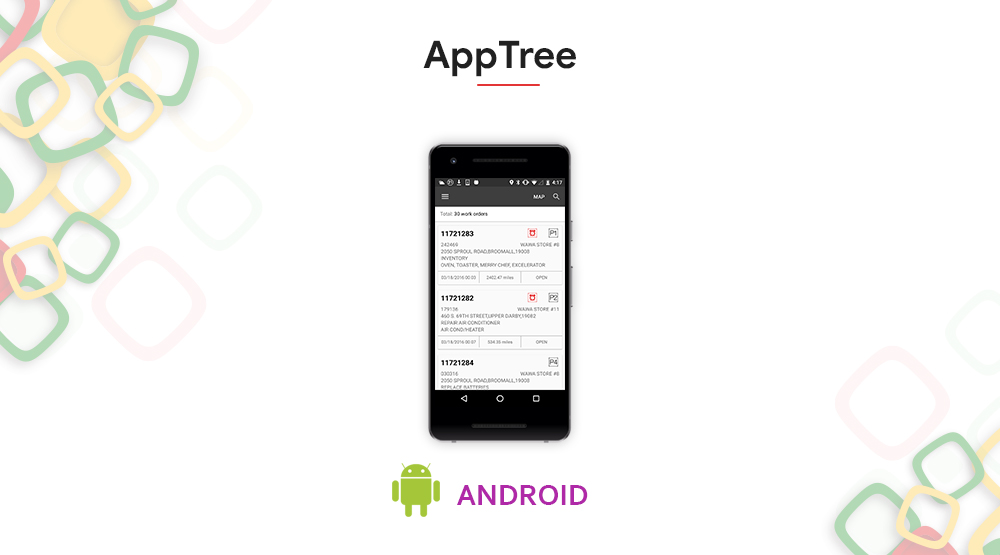 AppTree is an enterprise app platform for businesses like McDonalds, Stanford, Wayfair & Fermilab. The platform is aimed at solving critical enterprise software challenges.

Initially, AppTree founders were more inclined towards native app development approach for its performance and UI. However, as the complexity of the app increased, they started to find it more difficult. A native approach required more effort, time and resources. Although they were hesitant towards cross-platform development, the Flutter-Dart combo interested them.

The results? They had a working model ready in three weeks after using Flutter. The notable fact is that it had taken them over a year to develop their Android app after the iOS one. Flutter has tripled their productivity. All of these have been achieved without compromising on quality. 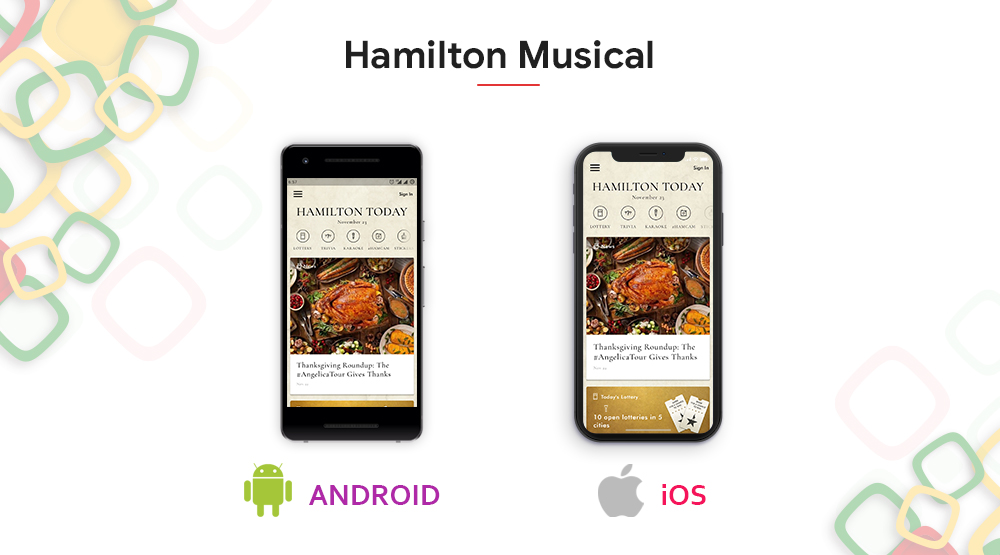 The hit Broadway musical, Hamilton, has their mobile app in Flutter. When they decided to fo with a mobile experience, the stakes were high. And Flutter was in action.

Flutter was able to address all the issues which other platforms could not cover. The native feel and performance given by Flutter have proved undefeatable. Today, the app has over 1M downloads and a large pool of users.

Read also: How Much Does It Cost to Develop and Maintain a Flutter App?

Something big, new, and better is coming! 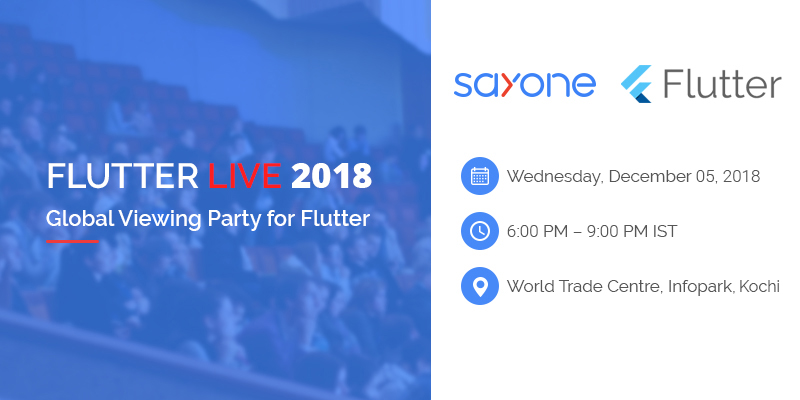 The latest from Flutter team will be up on December 4th. Flutter Live’18 will enable tech enthusiasts and entrepreneurs all over the globe to listen to the latest updates from Flutter team directly. Wherever you are, the event will be your golden chance to engage with the Flutter community and foster your Flutter ambitions.

As part of the growing Flutter community, SayOne is hosting a global viewing party for Flutter Live’18. The event will discuss the latest Flutter news and updates from Google. We will be using this session to introduce all Flutter bugs with the Flutter environment including a codelab. You can find more details regarding the event here.

Stay tuned as we bring more exciting news from the Flutter world!

Ready to build your cross-platform appliacation in Flutter, get in touch for FREE consultation.