The Best 5 Tools Every Python Developer Needs in 2023

Python has come to be accepted as one of the most popular programming languages. Its popularity is increasing by the day because it is also powerful. Along with the growth of Python, there are many Python programming tools that have come into existence.

Python is purportedly used by over 48.07% of developers from different parts of the world. This explains why Python is part of the tech stack within organizations and the development community. As a complete coding language, the use of Python serves to improve the development experience.

Read our blog “Explore the 10 Different Types of Web Applications & Their Uses”.

Python is used for many reasons. First and foremost, it boosts the IT business of an organization. There are also many other reasons some of which are:

In this article, we attempt to list out the most popular Python tools that every Python programmer should have some idea about. So read on!

Python libraries are vastly used by development specialists as they are of great help in building code that performs data analysis and machine learning. The Python functions that are available help to save development time as it does away with the necessity of having to write code from scratch and works just like Agile development tools.

Theano is a Python library that works to easily organize and manipulate mathematical expressions and multi-dimensional arrays. Theano is built atop the NumPy function and is tightly bound to it. This allows efficient development not to mention how quickly programs can be built. It is also known to generate an interface that is similar to NumPy.

Moreover, Theano allows dynamic generation of C code, its close connection with NumPy, fast symbolic differentiation, multiple stability and speed optimizations, transparent usage of GPU, and allows extensive self-verification and unit testing via the different tools that are available along with Theano. These are some of the standout features that Theano supports.

PyDev is a versatile Python IDE that is used for Eclipse. This IDE is free and open-source and comes with a host of coding features that are both useful and dynamic. This is because of the availability of several plugins.

These plugins are helpful to both beginner programmers as well as those with intermediate programming experience and talent. However, those programmers with advanced programming knowledge will need to be wary of bloat as there can be crowding soon enough into the job. This IDE comes with type hinting, code coverage, code analysis, an interactive console, and Django, MyPy, and PyLin integrations.

Download our eBook for FREE “Building Modern Applications on AWS”.

Do you think that your organization would benefit from shifting to microservices? Call us today!

Flask is a micro web framework written in Python and hosted within the language. It is referred to as a micro web framework because there are no tools or libraries that Flask requires. It is very easy to use Flask as it has a built-in web server and a developer can easily create a Python web application. Moreover, there is no form validation or data abstraction layer. Nor are there any components allowing pre-existent third-party libraries to provide common functions.

It has no database abstraction layer, form validation, or any other components where pre-existing third-party libraries provide common functions.

Because of these facilities, a developer can build a worthwhile application based on a single Python file. This is perhaps the best thing that beginner programmers can ask for in Python. There would be very few complications and there would be practically no bloat. This is perhaps the most useful among Python coding tools for Agile developers who are looking to quickly create potent but small Python web applications.

Pip is a software package management system in Python and can be used to both install and manage software packages. Python recommends using pip for installing Python apps and their dependencies when they are being deployed.

This is a web-based, open-source, and free interactive development platform in Python. Jupyter derives its name from the programming languages supporting its core: Julia, Python, and R. Offering an interactive development environment for data, code, and notebooks, it allows users to arrange different workflows and set up configurations to merge software code, text and graphics, computed outputs, and varied multimedia resources into a single Python-based document.

In short, you can create and share documents that have real code, visualizations, code, etc. Jupyter Notebook is maintained by those working at Project Jupyter. This ultimately helps to maintain clean code and share knowledge neatly. Any organized Python developer looks forward to using Jupyter Notebook. 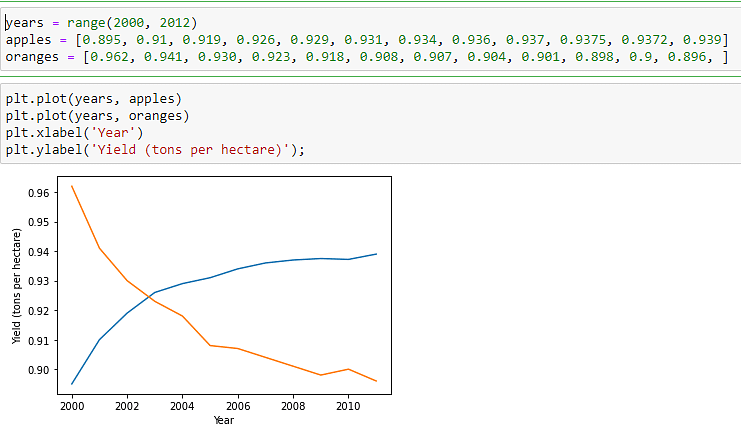 These Python development tools should be a part of every Python developer’s toolbox. They are designed to cover all your needs, functionality and features that you want. Whether you are a software developer or a data scientist, these python tools can be put to top professional and technical uses.

Want to kick-start your microservices journey! Give us a call today!

An intermediate language programmer can learn Python fundamentals in about 6 to 8 weeks. However, a bachelor's degree that has Python as one of the subjects takes four years to complete, and you need professional experience of a year or two in enterprise language.

You can become a developer in Python by following these three steps: Become familiar with Python, and learn how to write the language, Develop your skills in Python by working on projects, Make a portfolio of Python-based projects that you have completed

There are many benefits, but the most popular ones are: Python code works on various platforms such as Windows, Mac, Linux, etc. Python’s syntax is simple, You have to code less when you use Python language, You can prototype quickly with Python